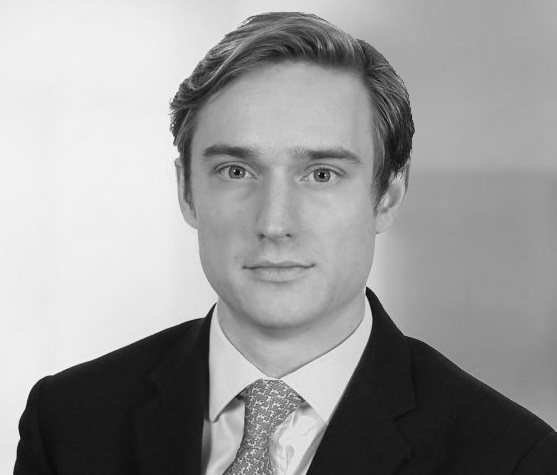 Henry joined Outer Temple having spent five years at Signature Litigation LLP, a specialist law firm handling major and complex litigation, arbitration and regulatory investigations. During his time at Signature, Henry worked on a number of significant matters, most notably on disputes in the Commercial Court concerning civil fraud, banking and finance and professional negligence as well as advising and structuring potential claims on behalf of clients, including on potential group action claims.

Prior to Signature, Henry worked in the financial services practices of the US firms Katten Muchin Rosenmann LLP and Arnold & Porter (UK) LLP focussing on the provision of regulatory advice, representing individuals in regulatory and criminal investigations and on claims concerning the purported mis-selling of financial products and wider issues concerning manipulation of certain benchmark rates.

Henry joined the law following a period in the public affairs industry, where he assisted clients (including overseas governments, investment funds and high net worth individuals) with political and media communications issues.

Henry has considerable experience of commercial disputes, most notably in claims concerning matters of civil fraud, banking and finance and professional negligence.

This experience has required Henry to consider a broad range of issues involving, by way of example, claims for breach of contract, misrepresentation, breach of directors’ and fiduciary duties and allegations of conspiracy, deceit and other intentional torts. It has also led to Henry developing a strong appreciation of civil procedure including as to applications for interim relief, interlocutory applications and the preparation and analysis of CPR Part 35 expert evidence.

In addition to the specific matters referred to below, Henry has acted or continues to act in the following matters since joining chambers:

Henry was heavily involved in a split-trial proceedings in the Commercial Court concerning allegations of conspiracy and breach of fiduciary and other duties for the alleged unlawful diversion of a maturing business opportunity – namely the opportunity to provide asset recovery services to the Family of the late Arkadi Patarkatsishvili.
The matter also required Henry to become heavily involved in the legal, expert forensic accounting and valuation analysis conducted in relation to the claim for an account for profits said to have arisen from those breaches of duty.

An interest rate hedging product mis-selling claim involving questions of contractual estoppel, implied misrepresentation, negligent misstatement and consequential loss. Henry’s involvement in the matter required the development of in-depth understanding of LIBOR, the operation of hedging products and the forward valuation of a substantial London property portfolio as part of a wider quantum and causation analysis.

Henry provided initial assistance on a Commercial Court dispute concerning a claim for damages in excess of US$500m resulting from a purported act of bribery arising in the sale of entities within the Formula One Group.

Henry’s practice has involved advising cross-jurisdictional entities and individuals on a plethora of non-contentious and regulatory financial services and regulatory matters. Generally, Henry’s experience has concerned matters relating to markets regulation, from which he has developed a strong practical understanding of securities, derivatives and various spot markets including FX, benchmarks and, with increasing frequency, cryptocurrency and other digital asset matters.

Henry’s experience to date has included:

Henry is increasingly instructed to advise on a diverse number of matters related to sanctions and money laundering regimes in the UK, US, EU and certain Crown Dependencies.

To date, Henry’s experience in sanctions-related matters has included:

· Advising the government of a Crown Dependency in a number of capacities including on the interpretation of its sanctions regime, acting in an investigation into potential breaches of sanctions by specific high net worth individuals and in developing a government departmental methodology for analysing suspicious activity notifications.

· Advising corporates on sanctions risks through the development of compliance regimes and procedures and on specific transactions, including as to the permissibility of proposed corporate restructurings and commercial transactions raising potential sanctions concerns created by, inter alia, the Russia (Sanctions) (EU Exit) Regulations 2019.

· Acting on behalf of entities faced with monetary penalties for breaches of UK and EU financial sanctions law, a role that has required the preparation of representations and making submissions to, inter alia, the Office of Financial Sanctions Implementation (OFSI) and other appeal authorities.

· Acting on behalf of a financial services regulator in an ongoing external investigation of allegations of serious non-financial misconduct taking place within a regulated entity. The role has, to date, included developing and negotiating proposed search parameters with the investigated parties’ legal representatives and carrying out the analysis of interview summaries and disclosed documentation.

· Acting for a for a senior FX and precious metals trader under investigation in numerous jurisdictions including Swiss Attorney General and financial regulator, FINMA, the Singapore Monetary Authority, the Brazilian securities competition regulator, CADE as well as the FCA and the Bank of England). Throughout that process, Henry analysed underlying evidence against the matters of investigation and assisted in the preparation of and thereon attendance numerous regulatory interviews in London, Zurich, Bern and Washington DC. Henry Reid is regulated by the Bar Standards Board (BSB) and holds a current practising certificate. If you are not satisfied with the service provided, please click here.