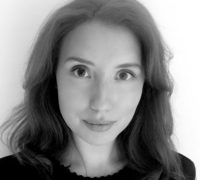 As part of her personal injury practice, in which she acts for both Claimants and Defendants, Carin regularly appears at trial, CCMCs, application hearings, and infant settlement approval hearings. She takes instructions in a broad range of personal injury cases including accidents at work, historic sexual abuse, road traffic accidents, and claims arising under the Animals Act 1971, the Highways Act 1989, and the OLA 1957.

Carin acts for both Claimants and Defendants. She has experience of claims brought under the Fatal Accidents Act 1976 and has been instructed to advise on liability and quantum in claims arising from various circumstances including the following:

Carin represents interested parties at inquests with a healthcare element alongside her clinical negligence practice.

Carin also regularly advises and drafts pleadings in clinical negligence claims arising from medical treatment abroad. Recently, Carin appeared on behalf of the family at an Inquest into the death of a patient who underwent bariatric surgery in Turkey.

Carin has presented talks on the following topics:

Carin’s article on the recent Court of Appeal judgment in Brownlie (No 2) [2020] EWCA Civ 996 appeared in the New Law Journal in October 2020 and is available here.

Whilst a pupil, Carin was supervised by Andrew Allen whose broad practice gave Carin an opportunity to work on a wide range of employment and discrimination claims.

Carin has appeared in the First-tier Tribunal (Special Educational Needs & Disability) on behalf of the Appellant on a number of occasions. In a recent appeal concerning a contested diagnosis of Autism Spectrum Disorder and a number of proposed education and health provisions to be added to the Appellant’s EHC plan, Carin was delighted to get a positive result for her client after the hearing. Carin’s instructing solicitor described her performance as follows:

“Carin’s preparation prior to the hearing was meticulous and detailed; it included a level of research that left the tribunal panel in no doubt that all recommendations sought should be ordered. As a result of the hearing, the client secured extensive and comprehensive education and social care provision in his EHC plan. This would not have been possible were it not for Carin’s strong advocacy skills and ability to understand complex issues with ease. I would not hesitate to recommend her and look forward to working with her again.”

Recently, Carin prepared written submissions on behalf of a student who complained that a Prevent referral made about him was improper and discriminatory.

Claire Van Overdijk supervised Carin for four months during her pupillage. During this time, Carin was exposed to Claire’s work in the Court of Protection and benefited from Claire’s extensive experience in mental capacity law.

Carin has a busy Court of Protection practice and regularly appears in respect of Section 21A and Section 16 matters. In this context, she has acted for the Official Solicitor, local authorities, and family members. Carin has also represented local authorities and family members in cases involving contested applications to revoke LPAs. In November 2019, Carin spoke at an event organised by Outer Temple Chambers on the topic of ‘Capacity and Social Media’.

Recently, Carin acted as a junior in a complex matter involving a patient detained under Section 3 of the MHA 1983 which was heard pursuant to the High Court’s inherent jurisdiction.

Carin Hunt discusses the registration of cyclists with Lexis PSL

Ask a Silk: Claims where English law applies but the claimant is domiciled abroad